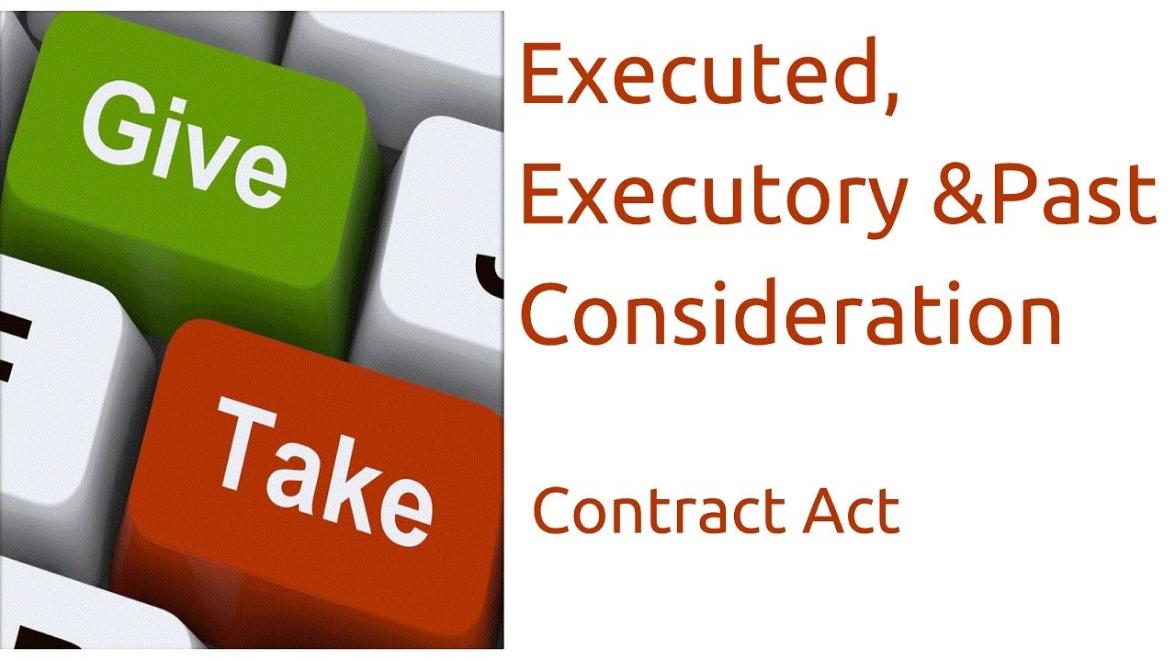 When both the parties to contract have completely performed their obligations, such contract is called an executed It means there is nothing left to perform by the concerned parties.

is sard to be executed

i When the  parties to contract have yet to perfoiTn

their obligations, such contract is called an executory. It means there js something left to perform by the concerned parties.

‘A’ agrees to sell his car to *B’ for Rs. 50;000 *B* agrees to buy it. But no party has yet performed his pan of obligation. So it is an executory contract

According to enforceability, there are following types of contract. 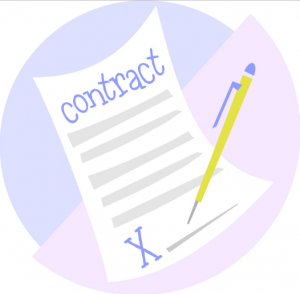 agreement was in a village. it was settled that the transaction would be completed next day at village. When “A” and “IT reached the village they found the horse lying dead. The performance of contract becomes impossible because the horse was dead This contract will be regarded as void.

According to section 2(i)

Generally when the consent of o-ie party is obtained by fraud, misrepresentation, coercion o- undue influence, the contract becomes voidable at his option.

A compels B on gun point to purchase his motor cycle for Rs. 6000. B agrees. As consent of B waf obtained by coercion, so this is voidable contract at the option of B.

voidable contract can only be objected by the party who has been subject for fraud, undue influence or misrepresentation.

(v)       If the contract is revoked by a person rightfully then he can also receive the compensation.

It is a contract which is valid but cannot be enforced due to some technical defect or lack of any formality such as absence of writing, registration, stamp, attestation etc. Such contracts can be enforced after removing the defects

Similarly a bill exchange or promissory note though
valid in itself but after three years from the date of maturity
these become unenforceable.

(i)        A contract made by the parties verbally.   ‘ (ii)      “Contract made under the transfer property act are not in writing or not registered in the

In case of unenforceable contract the parties may perform the contract But in case of breach of contract the aggrieved party is not entitled for legal remedies.

A borrows Rs. 50,000 from B and makes a promissory note. But he does not paste any stamp on it The contract is unenforceable as the pro note is not stamped.

It is better to say here that illegal contract are not contracts so word illegal agreement should be used. Such agreement can never become contracts.

Section 23 states that an agreement is illegal and void if it.-

(b)      is of such a nature that if permitted, it would defeat the provisions of any law or

(e)       The court regards it as immoral/ or opposed to public policy.

According to practical application, contracts are of the following kinds:

A contract which can not be enforced by either party is called a void contract.

In other words a void contract is that which is perfect in every respect and enforceable by Jaw at the lime when parties enter into a contract but afterwards due to happening of an uncertain event it becomes void.

(ii)      It creates no legal obligations between the parties.

(in)     Under this contract any party who has received any

CIRCUMSTANCES UNDER WHICH A CONTRACT BECOMES VOID

“A” agrees to sell his horse to “B” for Rsr5,GGG. This horse at the time of agreement was in a village. U was settled that the transaction would be completed next day at village. When “A” and “B” reached the village they found the horse lying dead. Tie performance of contract becomes impossible because the horse was dead This contract will be regarded as void.

Sometimes a legal contract becomes illegal’before performance and as a result void due to certain reasons.

A agrees with B to sell 100 tons sugar at Rs.2,GQQ per ton. But before the delivery the government ‘bans private trade in sugar. It is a contract which afterwards becomes void.

A voidable contract becomes void, when the party whose consent is not tree, rejects the contract.

A compels B to enrer into a contract on gun point It is not a valid contract as consent of B is hot free. It is a case of coercion. This contract is voidable at the option of B. In case B rejects the contract, it becomes void

IMPOSSIBILITY  OF  EVENT  IN CONTINGENT CONTRACT

A contingent contract depends upon the happening of a certain event. If the event becomes impossible the contract becomes void.