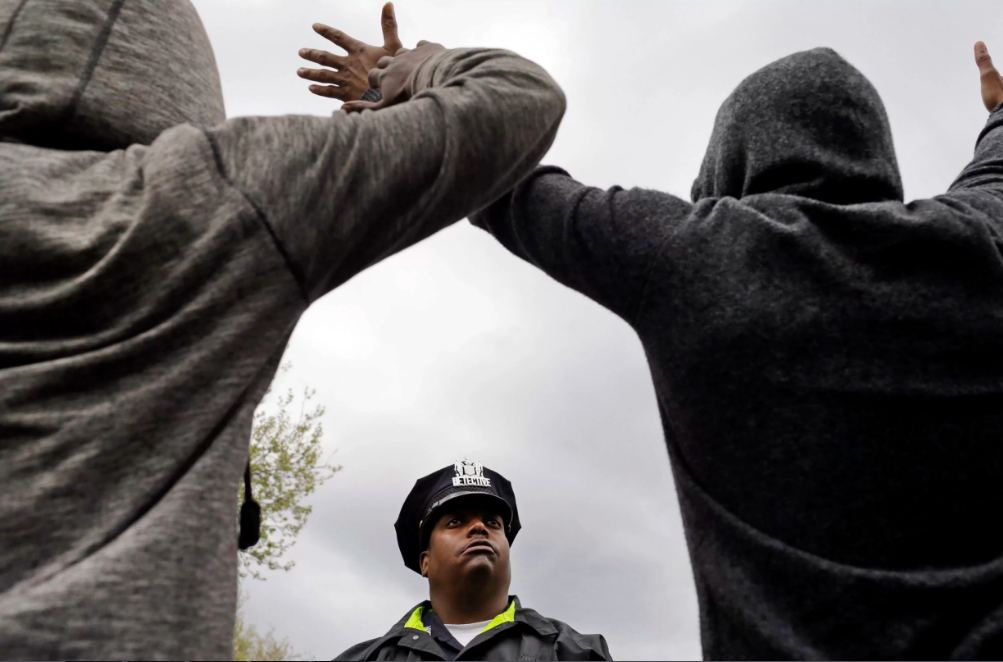 George Orwell, British author of the satirical novels “1984,” and “Animal Farm,” once quipped in political commentary, “What, at first, is absolutely strange, if forcibly fed to a population of human beings in small digestible bites, through the clever medium of government sponsored propaganda, will, over time, become accepted tradition and commonplace, even if sorely corrupted and evil.” 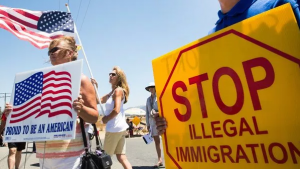 What this basically means is that a government, any government, may spend hundreds-of-thousands of taxpayer dollars to legislate a law of great benefit for the people of a nation, the majority of which may eagerly support its passage, and, over time, gradually and duplicitously, for spurious reasons, de-emphasize the importance of the law’s enforcement, incrementally decreasing the means of enforcing it, until very few concerned citizens actually question why such an important law has gone un-enforced.

During the interim time, however, as the law has regularly gone un-enforced, the very evil thing that the law was originally intended to proscribe has become a tolerated practice to a great percentage of the population and, moreover, the electorate. This evil will continue to be tolerated by a duped populace until its deleterious effect on the nation is much too great to be ignored.

Almost identical to the above scenario, U.S. immigration laws, under Title 8 of the U.S.C, were originally legislated by the U.S. Senate and House of Representatives with overwhelming, if not total, support from both Democrats and Republicans during the first four decades of the 20th Century. As with any federal law, the legislative mandate of the U.S. Code directly addressing illegal immigration, 8 U.S.C. 1325, 1326 (which propelled the legislation through Congress) was placed into the hands of the President of the United States, or the Executive Branch of the U.S. Government, to faithfully enforce.

The due proper enforcement of the U.S. Immigration Code proceeded along pretty well until around 1960, when the passage of U.S. Civil Rights legislation and the strict enforcement of illegal Hispanic immigration collided head-on in the political arena.

Subsequently, the legislative mandate of the laws, which was to keep illegal (especially Hispanic) aliens from entering the nation from across the Southern border, was unfortunately subjugated, at that time in history, to political whims and sympathies emanating from, primarily, Democratic U.S. senators and representatives. These legislators cared more about scratching the backs of their wealthy farmer constituents during their seasonal picking times (ensuring that they had ample illegal alien fruit and vegetable pickers) than making sure that immigration laws were faithfully enforced.

Consequently, enforcement of immigration law became inanely geared much more to political favoritisms and special interests than to the rule of law. This placed the U.S. Border Patrol in the ambiguous posture of enforcing illegal immigration not according to prescribed federal law, but, rather, according to the whims of powerful men and women in high political offices. I know this to be true because, in 1985, a senior U.S. Border Patrol agent told me that he was extremely frustrated with the differing orders coming from Washington, D.C. telling him and his officers to substantially reduce the number of raids made on known employers of hundreds of illegal aliens in San Diego County. At the time, I was a San Diego County deputy sheriff working at the Vista San Diego County Jail.

Currently, there are millions of parasitic undocumented illegal Hispanic aliens at large throughout the United States, especially in California, Arizona, New Mexico, and Texas due to the U.S. Executive Branch’s refusal to properly enforce the current immigration laws that are an integral part of the U.S. Code. Many of these illegal aliens are crooks and felons, who are going about with false identifications, bogus driver’s licenses, and fraudulent Social Security numbers for the express purpose of ripping-off American citizen taxpayers, obtaining food stamps, medical care, and other public services at taxpayer expense. 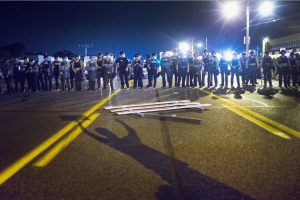 Of the 15-to-20 million illegal aliens presently here, more than 20 percent of them are violent felons, burglars, robbers, thieves, and gang members. Over 20,000 of them are presently serving federal and state prison sentences for felonies they have committed. But all of these undocumented aliens have one felonious thing in common. They are all guilty of violating federal law by illegal entry into the United States.

Recently, Barack Obama had the unmitigated gall to call, misguided, Governor Jan Brewer’s signing into law a new Arizona legislation giving state and local law enforcement officers the authority to detain, and arrest, suspected illegal aliens. How dare Obama say such a thing! When he (and the eight Presidents before him) have blatantly refused to honor their oaths of office, to faithfully execute the (immigration) laws of the United States, it is utterly reprehensible for him to criticize a responsible state governor for honoring the legislative mandate of a vital federal law when its lack of federal enforcement has critically upbraided the peace and security of her state.

Quite ironic it is that the Executive Branch of the federal government can build and staff what they regard as secure top-secret installations for military weapons research, intelligence gathering, or for what they want to consider important in the amorphous name of national security, and thoroughly protect the sites from illegal entry with all sorts of armaments, aircraft, and high-tech gadgetry, while at the same time insisting that protecting the Southern U.S. against illegal entry is almost impossible.

Case in point, Area 51, comprising thousands of acres of desert, mountains, and forested land, which is guarded day and night against illegal entry. Take, for instance, an ordinary American citizen who merely wants a job working inside Area 51, and obtains false identification in order to gain entry. Let’s say that that citizen gets a job working at one of the government-run restaurants on the installation with his false identification.

Two weeks later, Joe Blow is hard at work serving food when government agents harshly arrest him for illegal entry onto U.S. Government property. The poor fellow is charged with a dozen federal crimes, put on trial in a federal court, and subsequently convicted and sentenced to 30 years in a federal prison. Yet, most U.S. citizens will read about the person’s conviction and strongly agree that the intruder had it coming when he illegally entered a restricted federal area.

So, why isn’t prevailing U.S. public opinion against men, women, and families who conspire to illegally cross the U.S.-Mexican border. Such an act is as much a crime as illegal entry onto Area 51. Perhaps it is as George Orwell said, that through deliberate government inaction, and the effective dispersal of government sponsored propaganda, a law vital to a nation can, over time, be de-emphasized to a point where the average citizen does not consider its enforcement as essential.

I sincerely believe that our second President, the late great John Adams, who coined the expression, “We are a nation of laws and not of men,” would be completely devastated by how the American republic has become a nation of men and not of laws. Mr. Obama obviously wants to see the U.S. Constitution pragmatically changed to give the federal government total control over every matter the Framers considered state concerns.

In essence, Obama wants revise the Bill of Rights and to remake the American republic to resemble the Federal Republic of Germany, which has no bill of rights guaranteeing freedom of speech, freedom of religion, the right to keep and bear arms, and the right to be free of unwarranted invasions of privacy. But, most of all, he wants to see the evisceration of the 10th Amendment, which currently reads, “The powers not delegated to the United States (the federal government) by the Constitution, nor prohibited by it to the States, are reserved to the States respectively, or to the people.”

It seems to be sad, but true, that if a standing President does not like the laws that pervious congresses legislated, and that previous Presidents signed into force, that President will not make an effort to enforce them. This refusal to faithfully execute “all” standing federal laws is, in my opinion, an impeachable offense constituting a high crime. Nonetheless, a President who has a majority of a U.S. Congress rubber-stamping every thing he does, and wants to do, is in no fear of impeachment.

A candidate for President, who is not a natural born citizen of the United States, can even be elected and sustained with impunity with a Speaker of the House of Representatives and a Senate Majority Leader supporting him. What was true about “Dubya” and his rubber-stamping Republican Congress is equally true, if not more so, with Barack Obama and his rubber-stamping Democratic Congress. The Obama administration is saying, in effect, that President John Adams, his historical regard for the application of law, and every other salient precedent illustrating the importance of following law instead of human whim, can all go to hell.

Perhaps, during the November 2, 2010 mid-term congressional elections, indignant American citizens, the majority of the voting electorate seeking the rule of law, will go to the polls to cast out of the U.S. Senate and the House those representatives who voted for a legislation to deprive the American public of their freedom of choice, which will force them, by federal mandate, to, either, buy into federally controlled health care, or be penalized for not doing so. 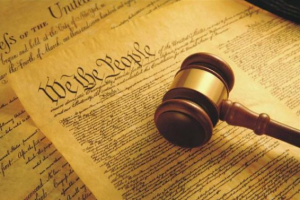 The Obama administration is systematically working with the Democratic controlled Congress against the interests of American citizen taxpayers by seeking a federally controlled, essentially totalitarian, regime that will only increase national debt, tax burdens on individuals and families, control over a citizen’s daily life, and do away with the type of federalism established in the U.S.

Constitution. I sincerely pray to Nature’s God that a great majority of American citizens, registered voters seeking the rule of constitutional law, regardless of political party affiliation, will converge on the voting places this coming November to elect new U.S. Representatives and Senators who will abide by the U.S. Constitution instead of the whims of an aberrant, power-hungry President.